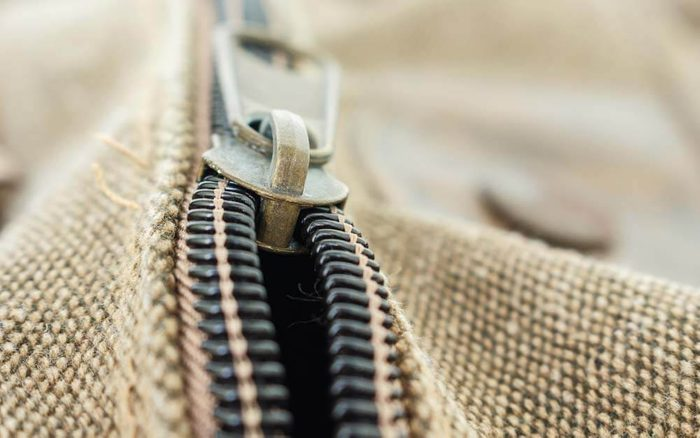 Although this might not be the sexiest and most luxurious subjects to discuss, there is no denying that zippers play an important role in the garment industry. This role doubles and even quadruples when it comes to technical outerwear in which zippers are the final line of defense from the harsh natural elements that may come your way.

Take this chance to step into world of zippers to know more about these mechanisms that can be innovative and pesky at the same time.

If you are currently reading this article, you are definitely familiar with zippers as well as the broad concept regarding their purpose and design. You can find zippers everywhere, and they come in all sorts of sizes, colors, and shapes.

Manufacturers roll out zippers by billions every year. However, based on zipper history, this device was not as successful as it is right now. During the earlier stages of development, the zippers underwent revisions in terms of design, unsuccessful attempts for marketing and several changes in their names.

Zippers are very abundant right now because of the tremendous patience of several investors, the engineer who gave this product its important final touches, and finally, the World War I when the zipper was produced in large numbers for the very first time.

The Early Days of Zippers

The very first semblance of the zipper model can be traced back to the time of Elias Howe, the inventor of the sewing machine. He created a patent for the device called An Automatic Continuous Clothing Closure in 1851 that had the same function to the zipper today, even though the composition was notably different. The product functioned as individual clasps joined manually then pulled shut with the use of a string to create the “gathered” effect. In the end, Howe did not proceed with the development of this model, and a few years went by prior to the creation of another patent.

Over decades later, the inventor Whitcomb L. Judson started to devise the patent “Clasp Locker or Unlocker for Shoes.” This design was basically a guide, now called as slider or fastener that was used for closing the space between the clasps of shoes on one side to the attachments found on the other side. This guide can be removed after every use with the double function of pushing down the bulky clasps and then pulling them together for close them. This guide was hard to produce because its functions were very specific and was considered to be time-consuming as well.

The second patent of Whitcomb in 1893 was the transition from the previous bulky clasps to eyes and hooks. This device that was later named as “C-curity” was a series of short metal extensions or loops that were laced into the shoe or boot by hand. This improvement was momentous since the device functioned as one unit instead of as individual clasps. In the end, it was proven to be ineffective since it had the tendency to spring open.

Engineer Gideon Sundback improved the past zipper models through coming up with the model known as “Plako fastener.” This design had oval hook units protruding from the tape they were attached to, and offered a more secure fit compared to the earlier “C-curity” design. Even though the fit of this model was tighter, it was inflexible. It also didn’t stay close when it was bent, posing the same issues as the earlier hook design.

Click for jacket zippers and enjoy looking back at their history!